For more than 30 years, Charleston, SC-based Z-Man Fishing Products has prided itself on bringing technology to anglers. Since perfecting the coloration and mass production of silicone skirting in the 1980s, Z-Man has long been one of the industry's largest suppliers of silicone skirt material, but until recently the Z-Man name was unknown to many fishermen. Today, Z-Man's cutting edge 10X Tough ElaZtech® soft plastics and ChatterBait® brand bladed jigs are among the world's premier fresh- and saltwater baits, positioning the company as one of the fastest-growing lure brands in the US!

Z-Man operated primarily behind the scenes as one of the largest lure component suppliers until 2006, when the ChatterBait burst onto the bass fishing scene. Following several tremendous tournament successes, the ChatterBait became one of the industry's most highly-sought-after lures—virtually overnight. As the inventor of this revolutionary lure struggled to keep up with increasing demand, Z-Man became involved in the manufacturing and distribution of all ChatterBait brand products. Today, Z-Man holds three patents on the bladed swim jig design of the Original ChatterBait and has expanded its ChatterBait line to include baits that are extremely effective on a wide range of species, ranging from panfish to saltwater game fish, and everything in between.

Around that same time, Z-Man was perfecting the formulation for its 10X Tough ElaZtech® soft plastic material. Z-Man's proprietary formula creates a material that is remarkably soft and pliable, yet resists nicks, cuts, and tears better than other soft baits. ElaZtech is as much as 10X Tougher than other traditional soft plastic fishing baits, and that means no more piles of torn-up plastic fishing lures in the bottom of your boat at the end of the day! Manufactured entirely at our facility in South Carolina, this unique material is also naturally buoyant and floats up off the bottom, creating a more visible, lifelike, and attractive target to game fish. And unlike most other soft plastic baits, ElaZtech contains no PVC, plastisol or phthalates, and is non-toxic. Z-Man now offers a complete lineup of fresh- and saltwater baits that outperform and outlast any other soft baits on the market, along with a wide variety of jigheads, skirted jigs, and accessories that round out its diverse product line.

Today, there are few fishermen who don't recognize the Z-Man brand, and word of the durability and lifelike action of ElaZtech is spreading like wildfire around the world. Z-Man continues to work with leading B.A.S.S. Elite and FLW Tour anglers and saltwater pros to develop the most innovative and eye-catching soft plastics on the market, and its ChatterBait bladed jigs continue to win more money on tournament trails today than any other lure. Start using Z-Man Fishing Products today and see for yourself why Z-Man is among the fastest-growing lure brands worldwide! 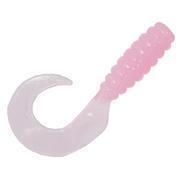 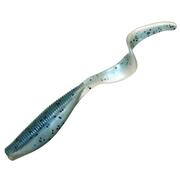 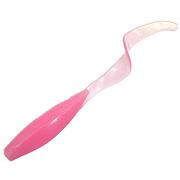 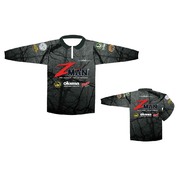 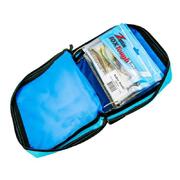